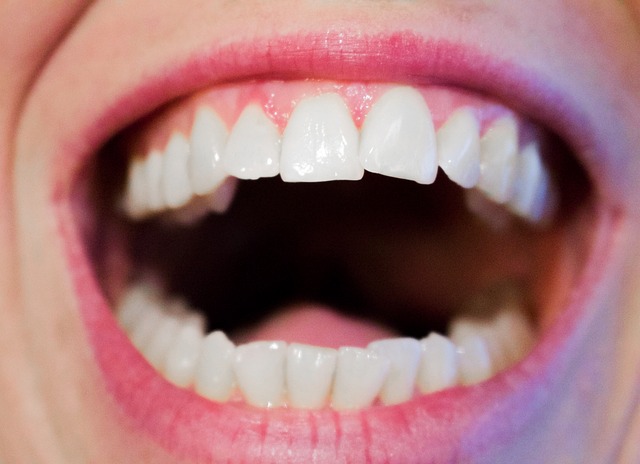 In this excerpt, Dr. Jameth Sheridan shares on iron and anemia and his top three tips for overall health.

Renegade Roundtable with Dr. Jameth Sheridan. Dr. Sheridan is a naturopath and nutritional consultant. He and his wife Kim co-authored “Uncooking with Jameth and Kim” and they co-own and operate Health Force Nutritional.

Jameth: Iron is so easy being a vegan because pretty much everything green has a good amount of iron in it. Iron is another perfect example and it completely relates to EPA and DHA. I used to get in arguments with people being a vegan, or debates depending on the person, if they were coming at me with an argument or if we were just discussing it, it was a debate, about iron. There are two types of iron. There is heme iron and non-heme. Heme iron is a form of iron that occurs in supplements, isolated iron and also in animal products. It is more absorbable, at least some research in the past has indicated that it is more absorbable than the non-heme iron in plants. People would say, “Well what about that?” I’m like, “Well, I know I’m not iron deficient and I don’t have an exact answer for that technicality.” It’s like people try to get you on technicalities. I’ve since learned some other information which I’d like to share now. Iron in the form of an animal product, in the flesh of an animal, it clearly contributes to heart disease and nobody really that has studied it, disputes that. Iron actually has toxicity, it contributes to heart disease and people are dying of it. Iron is not an anti-oxidant. Beta Carotene for example is an anti-oxidant. Many herbs and most fruits and vegetables, almost all of them have a good degree of anti-oxidants in them. Iron is an oxidant. It oxidizes your tissues, it destroys and breaks things down. We want to avoid oxidation. Now iron in the form of an isolated supplement has killed people when they have taken enough of it. On every bottle, every multi-vitamin sold in America today and on every bottle of actual isolated iron, there is a legally mandated warning that says, words to the effect of “Warning accidental overdose of iron containing supplements is a chief cause of fatal poisoning in children under six.” They ate Flintstones vitamins, ate mommy’s this that whatever and their dead. Now that’s not a good thing. It’s super absorbable and it’s also super toxic if absorbed too much. Now iron in the form of a plant food, if someone already has enough iron in their body, if they’re sufficient in iron it’s much less absorbable, because the body will not absorb it because the body can selectively absorb iron from a plant food. But I have subsequently learned when you are deficient in iron, you actually absorb and utilize the iron from a plant food way better than that from an animal product or a supplement, and it has no toxicity whatsoever. And the iron in the form of a raw flesh or raw blood is just as toxic as when you cook it. There’s no difference there, just for those wondering that question.

The best way to get iron is dark, leafy greens: kale, collard greens, and even better than that, things like nettles and spirulina and chlorella, super, super high in iron. To me, spirulina is probably the number one superfood you could possibly consume: lots of protein, lots of iron, lots of other minerals, lots of phycocianin, which can help to both protect and regenerate kidney cells, and an easy fix for anemia. And I have seen specifically either good amounts of Vitamineral Green, which contains spirulina, or just spirulina alone, correct people’s iron deficiency. The white blood cell counts come up and so forth.
And I’ve got a new version of that, version four, which is just a huge jump over the last version. I’m just super excited about it.

Jameth: It sure does. Spirulina, chlorella, huge amounts of minerals, seaweeds, weeds, wild-crafted weeds, other things. It’s just probably the single best thing you can probably put in your body, and that’s the reason I designed it. I have a companion product to it called Earth, which is a grounding super food blend with sprouted seeds and other things in it.

Jameth: They have a crossover. I designed them both. The Revitafy people came to me saying they wanted a superfood that would have some things in common with Vitamineral Green, but they also had a different focus to it. So, there’s a lot of ingredients in common that are just both completely awesome, and I told them, I said, “Well, I’ve worked with some network marketing companies in the past, and I’ve ultimately ended up not working out because of greed and lack of quality and just considerations thereof.” They convinced me that they were different, and they proved out to be because they wanted something that kicked ass. I said, “Well, do you want just a little bit of enzymes to put on the label and a little bit of probiotics to put on the label and a little bit of this, or do you want a therapeutic amount?” And every time it was, “We want a therapeutic amount. We want this to kick ass.” A primary difference they chose to do is they chose to not have any algaes in there, any single-cell algaes, no spirulina and no chlorella. Now I do consider spirulina the number one superfood in the world, and I absolutely have it in my superfood. I would never take it out. But by taking it out, you actually then have more room for things like nettles or horsetail or meringa, which is somewhat of a unique leaf product. So it actually has a bit of a more alkaline effect than Vitamineral Green, and you get more other things in there. Because there’s less spirulina and chlorella, you get more room for other foods. They’re both phenomenally good for you.

Jameth: And they both have therapeutic levels of enzymes and probiotics and other things. Nothing’s token-ed.

Jameth: OK. The first one I’m going to say is I’m a whole food organic vegan, meaning everything I eat is whole food. I mean, not everything. In my whole life, I haven’t been this way, in my whole 23 years into vegan or 24, raw vegan, I haven’t always eaten everything whole. I’ve done some processed and dehydrated or other things, but right now, I’m all whole foods. Everything I do is a whole food. Everything I do is organic for the most part. Occasionally, something might not be 100% organic. And everything I do is vegan. That alone is just huge. I don’t even do a lot of dehydrated things or other bars or other things. I don’t do any cacao, which is a whole other topic. But that is huge, being a whole food organic vegan. I’m eating whole food, no flax oil, no olive oil. The only time I use flax oil is for culinary expression. I do that sometimes on things, a little bit of flax oil on a nori roll with spirulina on top is insanely good, so I let myself do that. I don’t think that’s bad.

The second thing is I take a pretty wide range of superfoods and herbs everyday and I’m including some colon-supporting things in that, which makes an immense difference in my health. When I first got into health I was not at all into herbs or superfoods because natural hygiene taught me that they were all potions and elixirs and that isolated vitamin A was in the same category as spirulina and dried wheatgrass, which I find now absolutely ridiculous. They’re not even in the same category. So I take Vitamineral Green, I take the product Earth. I do a colon cleanse about twice a year. I do a lot of milk thistle and some other herbal liver extracts which I – not liver extracts from liver, these are plant extracts that support the liver, a product I have called Liver Rescue. I also do some herbal extracts as far as antioxidants. I have a product called Antioxidant Extreme. And I just take good, solid, superfood nutrition, which makes a big difference. I’ve been doing a good amount with maca these days. I have a product called Maca Force which is a lot easier to digest. As long as maca is whole, whole maca, maca extract can actually cause hormone imbalance in people. The whole maca never has. It’s just a really, really awesome power food. That’s number two. Number three is I’m a weekend warrior exerciser. Meaning I don’t just necessarily exercise on the weekends but my frequency is more like a weekend warrior exerciser. That makes such an amazing difference in your overall health. It’s just as important as those other two. I think those are my top three.

2017-02-03
Previous Post: Fast Weight Loss Exerices – 10 Tips
Next Post: Chiropractic Techniques for the Treatment of Sciatica and Other Back Pain