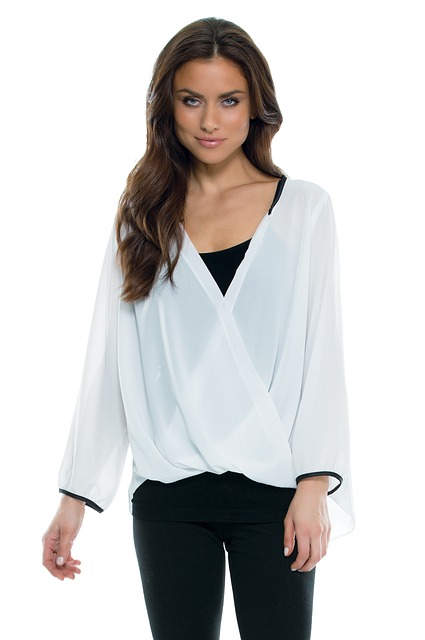 Monuments are the structures which are either created explicitly to commemorate a person or an event or which are made in previous time and has become important to remember the late people or past events. But some monuments are so whimsical and precious that they become the brightly shining star from the vast universe of beautiful structures. They are showcased as the world heritage site.

It is a saga but a very practical truth of today. These valuable gems of our country are getting endangered and if serious and bold steps are not taken for their revival, the country will be like a bride without jewelry. Though India is the treasure of temples, monuments and ancient amazing pieces of art and beauty, I’ll limelight some famous monuments marked as world heritage site.

– QUTUB MINAR- in Delhi built by Qutbuddin Aybak in 1193;

– HUMAYUN’S TOMB – in Delhi built in 1570; these three are among the world heritage sites.

The other famous monuments in Delhi are:

Some other world heritage sites in India are:

– TAJ MAHAL-a tomb in Agra built by Shah Jahan in 1631 for his wife Mumtaz Mahal;

– AJANTA & ELLORA CAVES-present in Maharashtra these caves were built near about 6th century. The caves depict the Buddhist and the Jataka tales.

– ELEPHANTA CAVES-present in Maharashtra these caves were also built near 6th and the 7th century has a 6-m high bust of lord Shiva.

– SONAR QILA-a fort in Rajasthan was built by Rawal Jaiswal in 1156.

– CHARMINAR-it is a square shaped monument built in Andhra Pradesh in 1591.

– SANCHI STUPAS-they are one of the oldest Stupas in Bhopal.

– BHIMBETKA-in Madhya Pradesh they are the rock shelters discovered in 1957. They have many different paintings.

– BASILICA OF BOM JESUS-present in old Goa it holds the tomb of St. Francis Xavier.

– HAMPI-present in Karnataka has many beautiful temples.

– MAMALLAPURAM-it is a group of rock-cut monuments built near 7th and 8th century in Tamil Nadu.

Monuments are getting spoiled: there is not one but many ways in which the valuable and literally non-renewable structures created originally by ancient artists of different dynasties are getting ruined.

The chemicals are released and merged in the air through motor vehicles, coal-fired power plants, nuclear waste disposal, plastic factories and other heavy industries. Even spraying of pesticides and chemicals in agricultural fields are harming the quality of air. The harmful gases released in the environment are basically oxides of Carbon, Sulphur and Nitrogen and the chloro-fluoro carbon gases. These gases are making the air polluted, increasing the global warming and even depleting the ozone layer allowing the UV-rays to enter in the earth’s atmosphere. These bad elements share hands with the other acts causing harm to our heritage. Making the matter worst the deforestation has crossed the limit of pollution. All these negative human behavior together are ruining the environment, basic life and also our very prestigious & precious world heritage sites.

The basic structure of these sites is getting weaker with the pace of time. Deep into their foundation the acids and the chemicals are penetrated which are shattering the skeleton of these whimsical creations leading to the breakdown of their both anatomy and morphology. Either the paints or the detailed intricate work are dropping down; or the luster and the lacquer on the stone are diminished or getting dull.

The chemicals merged with the air and falls on these monuments as the acid rain washing away the beauty of these great sites.

The natural glow or colors of the stones are getting black. The clear example is the Taj Mahal-it is made up of white stone called ‘Sangemarmar’. Due to the presence of dense smog in the atmosphere the ‘Taj Mahal’ is literally turning in the black beauty.

People scrub on the wall of these beautiful structures. Couples write their names and love messages on the walls, throwing garbage and spitting the chewed beetle and through many other obscene attitudes ruin the crystal clear beauty of these monuments.

The scorching heat stops the tourists to visit these places. The intense global warming, deforestation and over pollution has increases the temperature to such an extent that people doesn’t like to view these beauties with itching and sweating all through body.

The foreign tourists who enhance the value of these sites and propagate about their art and beauty are being exploited and used falsely by some bad Indian hosts. This cools down the enthusiasm of the foreigners to visit India and ultimately the economical degradation is the result. Fewer tourists, less economy and reduced revival of the monuments. If these heritages are not revived from time to time, then after few years they will permanently become the history.

The metro advancement acts as a dike. Dike prevents flood but here the metro stations construction and metro route construction are obstructing the stagnancy of these monuments. For instance the tall Qutab Minar getting distract due to the passing route of metro.

But it’s never too late. Let’s join our hands together and put our step forward for the revival mission of the Indian Gems- OUR MONUMENTS:

“The conservation and preservation of these monuments cannot be neglected further”…. Well written and shared by C.B.S.E ‘Siksha Sadan’ to all heads of C.B.S.E affiliated schools on 7th Jan’10.

The cultural ministry showed their courtesy by supporting the subject and lectures in the schools for students to understand and respect their world heritage site.

The books are not the only solution. As always said “action speaks louder than words”, the students should be frequently taken on a trip to these very special monuments. With the proper guidance their knowledge about the ancient monuments should be enhanced. Quiz must be arranged on the basis of world heritage sites and other monuments. Prizes awarded to the winners will encourage the pupils to avail the thorough information of their heritage. The students should be explained the reasons for the protection and the revival of these sites.

The generation availing the fields like civil construction, paints, interior & exterior decoration and designing should be guided to promote their wide creative knowledge in the revival of monuments.

The former and the common style of reviving these world heritage sites and monuments is converting them totally or their particular part(s) in museum, library, tourist place or hotel. One famous example is ‘Chauki Dhani’ in Jaipur. By setting up museums or libraries in these prehistoric beauties, the visitors will get the interesting and the elaborate knowledge of these sites. By converting them in hotels or tourist places, the government will get the foreign revenue and the motive to rehabilitate these ancient creativities.

VOTE FOR TAJ MAHAL – a very fruitful steps to position this whimsical monument on top. Similarly, voting can be supportive to save and revive other monuments. The step can be laid down through:

Internet- software can be designed to inform the viewers and net savvies about these heritage sites and asking for their votes in favor. This method will cover the people review globally.

Besides internet, the NGOs can work on this procedure by setting up seminars, meetings and small get together. The government on this prospect should support these organizations through financial and legal formalities.

Cinema has always inspired public. People literally follow the trend which celebrities start. If cinema and the celebrities perform in those films and shows that convey the message for the protection and the rehabilitation of the monuments, the effect will be strong and productive. The speeches and the messages delivered by the celebrities on the radio, T.V, theatre and on road shows boost up the patriotic feeling hidden deep in the heart of Indians.

Proper security of these eminent works of great artists is required to avoid destruction either by theft or any other way. In addition, if someone is found guilty he/she should be punished either by imprisonment or a fine according to the extent of harm being done to the heritage.

The mentioned above are the few steps that can be put forward for the appreciating work of monument revival. Besides this, national culture should be strengthened not only in dance, music and other performing arts, but also in the rehabilitation and defending of the world heritage sites and monuments.

The procession has started, don’t wait and just share hand on hand being part of this divine act.

2016-11-13
Previous Post: How Discount Medicare Dental Plans Can Help You Look After Your Oral Health
Next Post: Lower Back Pain Causes and Symptoms – Low Back Pain Treatment